10 Things To Know Before Your First Laser Tattoo Removal Session

This week has been such a killer week as I’ve been leveling up my self care, because I desperately need it. It’s been a year since I’ve gotten this,  but got my lip injections of Juvederm topped up – 1cc, got an IPL photofacial to get rid of my hyperpigmentation, botox brow lift – which I’l create another video for, and now LASER TATTOO REMOVAL!

I was dying to get my tattoo removed for years now.

My tattoo is a snake. To be specific it’s a viper. But was originally supposed to be a black mamba.

The artist was terrible. It was in a garage. It took 7 hours to draw and the whole time the artist was hitting on me. It was exceptionally uncomfortable but I wanted a tattoo,

Aside from that, afterward, my friends thought it was cool. But I used to be an artist and some even stated that I would have done a better job doing the tattoo than him lol. Ironic. But they say good artists have bad tattoos.

I got it when I was 16. I was in a band and thought I was so metal. It was a death metal phase where I always wore black, cut up my t shirts and played lots and lots of death metal guitar.

Get the update here on 24 hours after my first laser tattoo removal session!

It was such a marker of statement screaming metal that when I joined an indie rock band later, after the show, guys would come up to me and ask if I was originally a metal guitarist. I asked how did they know and they said “because your tattoo”.

Then I grew up. I’m now 26 and have my own biz and it doesn’t sit with me anymore. This image of a huge snake on my arm  with my frilly floral dress doesn’t match and feels out of place.

Also, words of Kim Kardashian, “Why would you put stickers on a Bentley?” Sometimes I just want to blend in and not be seen or criticized. Don’t want any attention or a reason for guys who know things about tattoos to approach me when I just want to get my errands done at the grocery store.

There’s a lot of reasons why I want to get rid of this tattoo. It’s just not me anymore. I’m also not that committed to any future tattoos and don’t plan on any. There’s definitely a stigma with tattoos, which is why I go out of my way to open doors for strangers, especially of the older generation. To show that not all ppl with tattoos are bad. Though the stigma is changing, I don’t want any part of it and just appreciate my body the way it is.

Why It Took Me So Long To Get It Removed

I’m now a non believer but grew up religious and in my religion we’re not allowed to have tattoos. I dated a guy in this same religion and on our second date, he gave me a biz card to a tattoo removal doctor and said “it’s $5,000 to remove it.” I was so turned off, because I was 19 and it didn’t bother me at the time. And all I thought was, “if you want it gone — you give me $5,000 to remove it.” I didn’t say that ofc. I just stopped dating him. 1st lesson: Don’t date someone who doesn’t accept the whole package of you. 2nd lesson: I thought tattoo removal was so effing expensive and couldn’t afford it.

How I Found LaserAway

I did a ton of research thanks to Google. The number one thing I was worried most about and was looking for was the best results. If I could get the tattoo off as much as possible, I’d be happy. If it looked like it never existed, I have reached my goal. The place I found that didn’t break the bank and had some serious social proof of results. I researched pricing extensively on the internet to up to 40 miles away from me – I live in Los Angeles, so I was willing to do the hour – sometimes 2 hour drive to Orange County.

But everything was exorbitantly expensive and didn’t have much social proof on the internet. Another thing was Laseraway has their own machine I think they patented for tattoo removal. Which is awesome.

The Onboarding Process At LaserAway

I went on their website, gave them my info and inquired for a consultation based on laser tattoo removal. Within a minute, I received a text of my scheduled consult the next day. It was for a zoom call, but when pressing the link the next day they texted me and said it would be a phone call instead.

The person I spoke with walked me through everything. She had me hop on my computer while we were not eh phone and registered me online. Literally, if I said something didn’t work for me she would send me to a different link to another alternative in how she could help me which was fantastic. I love options. I paid online before visiting.

They also are apparently working on an app and I got the beta version on the desktop. It was the portal she signed me into which was cool!

On The Day Of The Removal

It was easy peasy. I love the fact that the onboarding process was so smooth that I didn’t have to worry about paying the day of or going to the bank to get cash.

The office was clean and fabulous. The room had a TV with the show House in the background. The receptionist applied numbing cream to my arm with plastic wrap over it. I waited 30 min for it to settle in. (I actually worked at a plastic surgery center and had the same job as her.)

They could only do the top part of my tattoo because it is so traumatic to the area of the body that my whole arm would have swollen and that’s not good. I will be going back in 3 days to continue the rest of my first session –  but for the underside of my forearm.

30 minutes later the technician came in and she explained what to expect.

How much does it cost:

The cost when doing my market research on multiple locations in the area that dealt with laser tattoo removal was based on the size of the tattoo.

It’s typically done by square inches. My tattoo wraps around my arm. How I measured it was by grabbing some string, wrapping it around the tattoo lengthwise and then measured that string later with a measuring tape. Since I couldn’t find my fabric measuring tape. It came to about 22”. Which the largest average rate on groupon was 15”.

I have to be honest, I think it was about $2,100 total to remove my tattoo – as a quote. But there was a lot that went into the pricing.

For some reason it was around over $1k per session. But it’s $2k for all my sessions – 10 total to remove the tattoo clean and not just enough for cover up. I absolutely pounced on the deal because I would be stupid not to. And the lady I was on the phone with said she ended up paying $32,000 for her tattoo removal sessions because she got them individually which is insane. So get the special if you can.

I paid a down payment of $300 and then monthly $76 for 18 months. But I plan to pay it off much faster, because I don’t like having debt.

How to Learn more

When I was driving home, it was uncomfortable to make a turn and still feels tingly now a couple hours later as I film this. Just be sure to listen to your body. Don’t over exert that area that you got lasered.

It’s not worth it to overlook your aftercare, because you’re paying so much for this life changing procedure and want it to last. Take care of your body properly and listen to what the expert says when removing your tattoo! Their words are gold at this stage.

Every tattoo is different and I’m just excited to have started this process. Subscribe now to stay updated on my next session in real time. I will see you later with more progress on my laser tattoo removal!

Is there anything else you’re interested in knowing about laser tattoo removal? I’d love to know more in the comments. 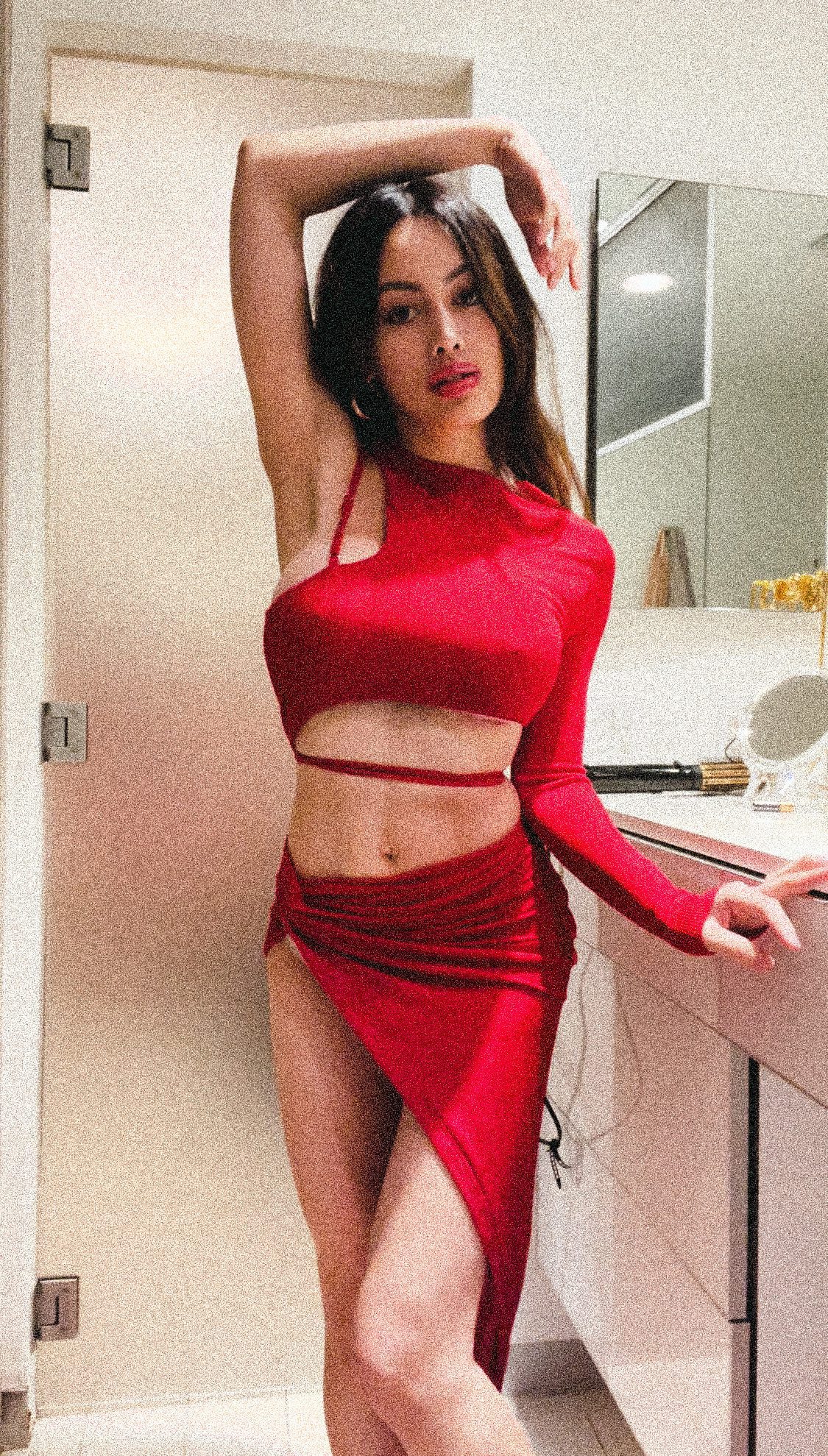 Hello Gorgeous! 💐I’m Gia G. Dixon - brand and image consultant. 👯‍♀️ I help ladies thrive with resources on how to position themselves as the empowered beauties they are. 👩🏻‍💻This is where you will find all the ways to challenge your ideas of luminosity inside and out. 💌 Here is to being the best version of yourself on your glow up journey!🥂 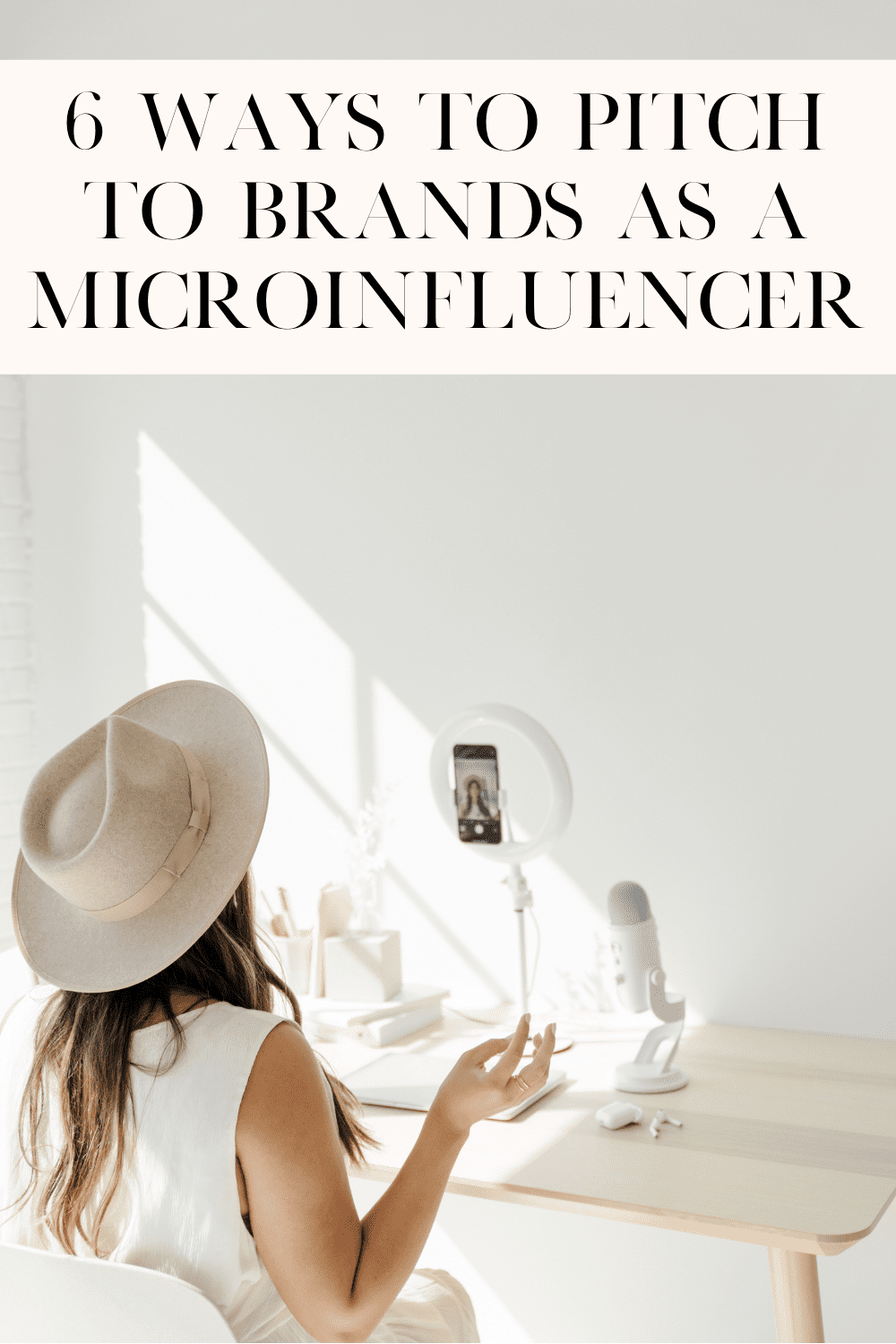 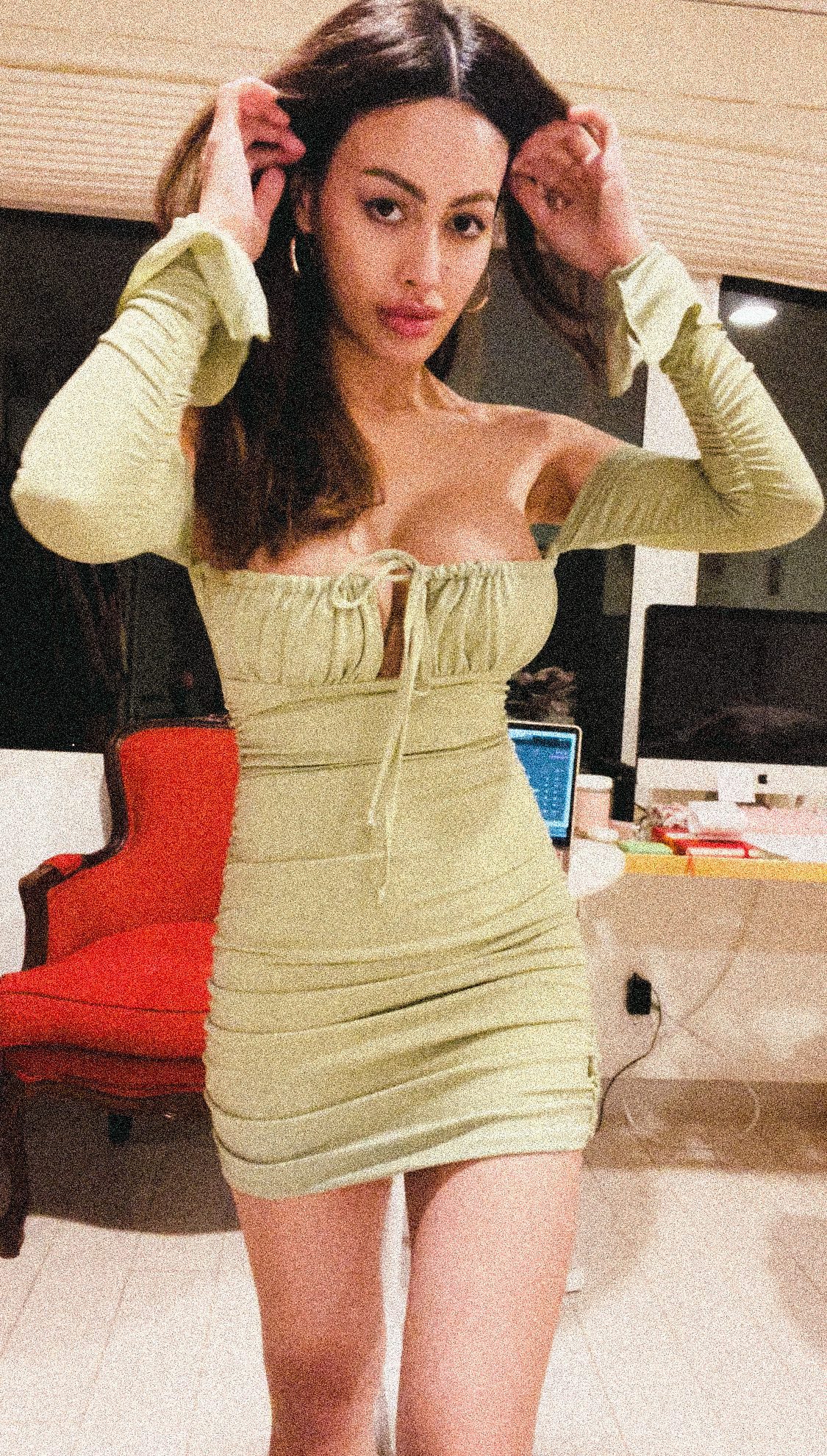 I put together some fabulous assets to level up your personal brand online. These wonderful tools make your life easier when it comes to translating your charismatic identity on the net. 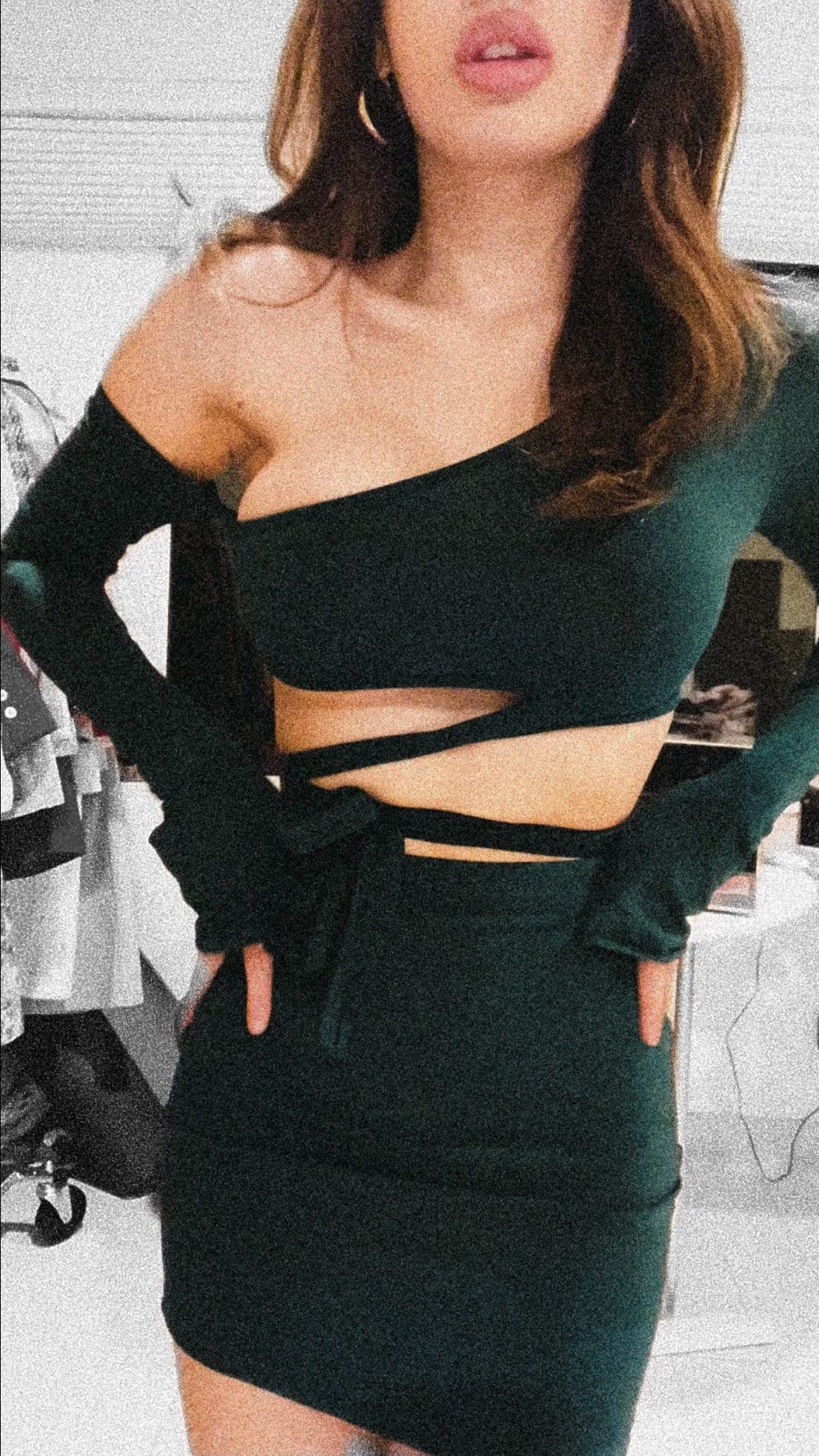 Follow me on Instagram @giagdixon. As much as I love producing this publication, I do not distribute enough content on here as much as I would like. Check out my Insta @giagdixon where I post daily and would love to connect with you personally!

When Are Surgery and Cosmetic Procedures Too Much?

Why I'm so pro-choice in helping you find a positive self image!
Read the Post

One Quick & Easy Way To Get Glamorous Energy

How To Drastically Improve Your Mindset With 5 Steps