The reason you need to dream as big as possible

There’s a story about a man who was taking a hike down a canyon and found an eagle egg. He looked way up into the tree to see a nest within the branches. There was no way he could climb the tree or toss up the egg somehow to return to its home without severe damage. So he looked around and found a nest that had other eggs in it.

He placed the eagle’s egg into what was a chicken’s nest and hiked on down the canyon trail.

Later that day, all the eggs in the nest hatched. Upon their arrival into the world, there was a great shadow and shriek of a beautiful bald eagle soaring above them. They watched in wonder and awe.

The eagle chick said, “I wish I could fly like that.”

Then her baby chicken friend responded, “You can’t. You’re a chicken.”

Even if you’re born to do something and you let others tell you what you can’t do–you will never achieve your goals.

I’ve always been a dreamer. Aspiring things to do far and wide beyond people’s imaginations. Sincerely. People had a hard time wrapping their head around my ideas. They thought I was outlandish for aiming so high and what they considered to be impractical.

Don’t settle for less than your dreams. Even if it does get your higher than what you could technically be doing or what those around you aim for, still reach for better. When reaching your goals, create more. Nothing is more satisfying than a challenge and accomplishing something you can prove to yourself.

It’s not to show off to others. It’s for yourself. Every time I tell people my accomplishments nobody believes me until they see them in action. Now that I know this, when I do commit to my next objective, I know it’s for me. People cannot bring themselves to understand what you’re up to if you’re not on their level. I always people who are not on the same page offer or ask advice to someone who wasn’t even in their shoes. It makes zero sense.

My grandpa has a friend who taught at a school that was predominantly young African American students. There was one pupil in particular who excelled at a lot and the other black kids gave him shit endlessly for, “Acting light-skinned.”

It broke my heart to hear the hope torn down simply because of the student’s circumstances. To attend a school where peers do not support one another or think lesser of someone because of their own lack of ability is an absolute shame.

When someone achieves something great that I can’t get anywhere near, or excels in a skill I am weak in, it makes my heart so proud.

The fact that there is opposition and the world isn’t full of idiots like me. There are people actually contributing to society and are a huge part of what I cannot do. These are the heroes who fulfill and complement those with other competencies.

Non-doers held me accountable to my dreams. And now that I’m passed that, I’m the one pushing myself to keep going. Entrepreneurship is a lonely journey as it is. Don’t make it harder by bringing yourself to a level that others can’t relate. You can’t take the time to be friends with everybody and make every single person like you. Or see the world how you envision it.

No one is better, there are just different perspectives and some people are fine with being comfortable. That’s perfectly ok. But if someone isn’t on your level and you don’t appreciate, do your own thing.

The only way you can grow is if you surround yourself in an environment to thrive. Engulf your world with your visible targets so you can always remind yourself that this is where you want to be. Embody where you want to go and you will be a step closer to getting there.

What’s something that keeps you motivated when trying to reach your goals? I’d love to know more in the comments about how you fight adversity and the technical steps you take for your journey. 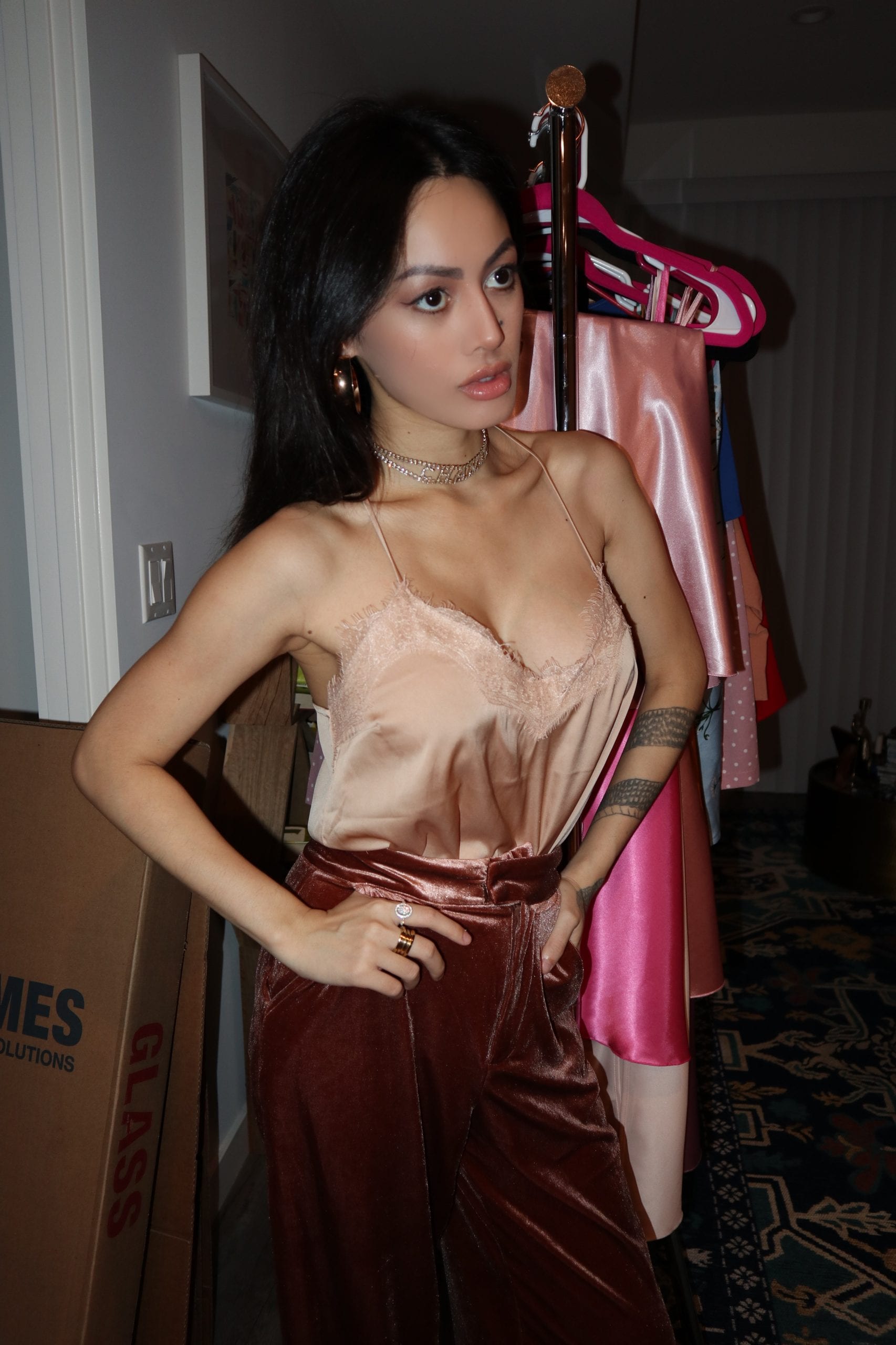 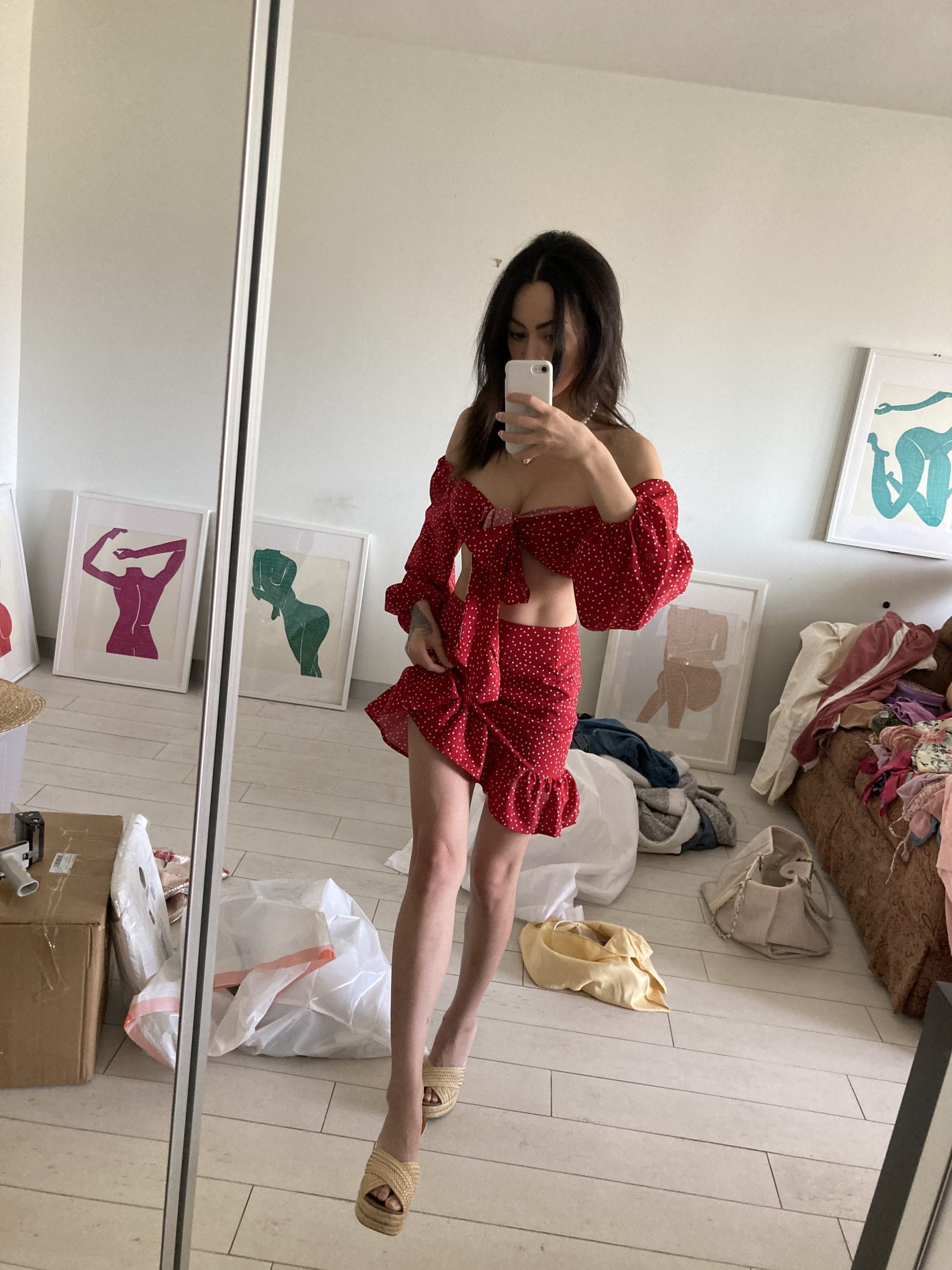 🌦I recently found out a friend has skin cancer. SPF isn’t just skincare it’s healthcare. Wrote a whole post about it on the blog on giagdixon.com⠀⠀⠀⠀⠀⠀⠀⠀⠀
⠀⠀⠀⠀⠀⠀⠀⠀⠀
👩🏻‍💻And have been wanting to do this for a while now, so this is the trigger to officially announce I’m adding a Wellness category to giagdixon.com. ⠀⠀⠀⠀⠀⠀⠀⠀⠀
⠀⠀⠀⠀⠀⠀⠀⠀⠀
💊Bio hacking is my latest venture and balancing hormones by using food, exercise, and routine are vital. ⠀⠀⠀⠀⠀⠀⠀⠀⠀
⠀⠀⠀⠀⠀⠀⠀⠀⠀
🔬Did you know that during certain parts of your cycle you glow and are more prone to make sales, attract clients, or buyers? Other times you’re more focused and concentrated on performing a more introverted task that needs your full attention with the avoidance of other people. ⠀⠀⠀⠀⠀⠀⠀⠀⠀

💄I am so sick and tired of wearing makeup. Especially skin makeup (a full face of foundation + concealer). 🤷🏻‍♀️
⠀⠀⠀⠀⠀⠀⠀⠀⠀
🌞My hack to offset this and look like I actually put some effort into the morning toilette: Tinted lip balm + gold hoop earrings + brown mascara. 🧠
⠀⠀⠀⠀⠀⠀⠀⠀⠀
It's been working for me for years now. 😇 Why brown mascara? Because it's so much less harsh and doesn't age you wearing black eye liner in the day time. People pile on the mascara as it is.💁🏻‍♀️
⠀⠀⠀⠀⠀⠀⠀⠀⠀
🌃If I'm going out for an event -- let a bright lipstick do all the work, because why should you have to? 💋
⠀⠀⠀⠀⠀⠀⠀⠀⠀
👀Feeling your eyes? 👁 Swipe something metallic to make it look like you made out with 👩🏻‍🎤Ziggy Stardust. If you're feeling bold that is. I will always still be sex, drugs, and rock & roll on the inside.😆
⠀⠀⠀⠀⠀⠀⠀⠀⠀
Gia played guitar🎸 (I really did! And still do.)
⠀⠀⠀⠀⠀⠀⠀⠀⠀
What's your go-to beauty hack? I'd love to know more in the comments. Could definitely use all the help I can get! 💅🏻
⠀⠀⠀⠀⠀⠀⠀⠀⠀
.
⠀⠀⠀⠀⠀⠀⠀⠀⠀
⠀⠀⠀⠀⠀⠀⠀⠀⠀
.
⠀⠀⠀⠀⠀⠀⠀⠀⠀
#blogbossbabe #brandingandmarketing #bloggerandbizbabes #personalstyleblogger #businesscoachingskills #brandstrategist #ambitiouswomen #businessrulesforwomen #ladybosses #bloggerbabe #blogbabe #lifeoffreedom #takingrisks #inspiredwomen #womenforwomen #daringgreatly #goafteryourdreams #gottastayfocused #brandingtips #brandlogo #brandpositioning #brandcoach #bossbabesuccess #laptoplifestyleliving #businessbabescollective #businessbabe #shepreneur #femtrepreneur #womenentrepreneurship #creativegirlgang ...