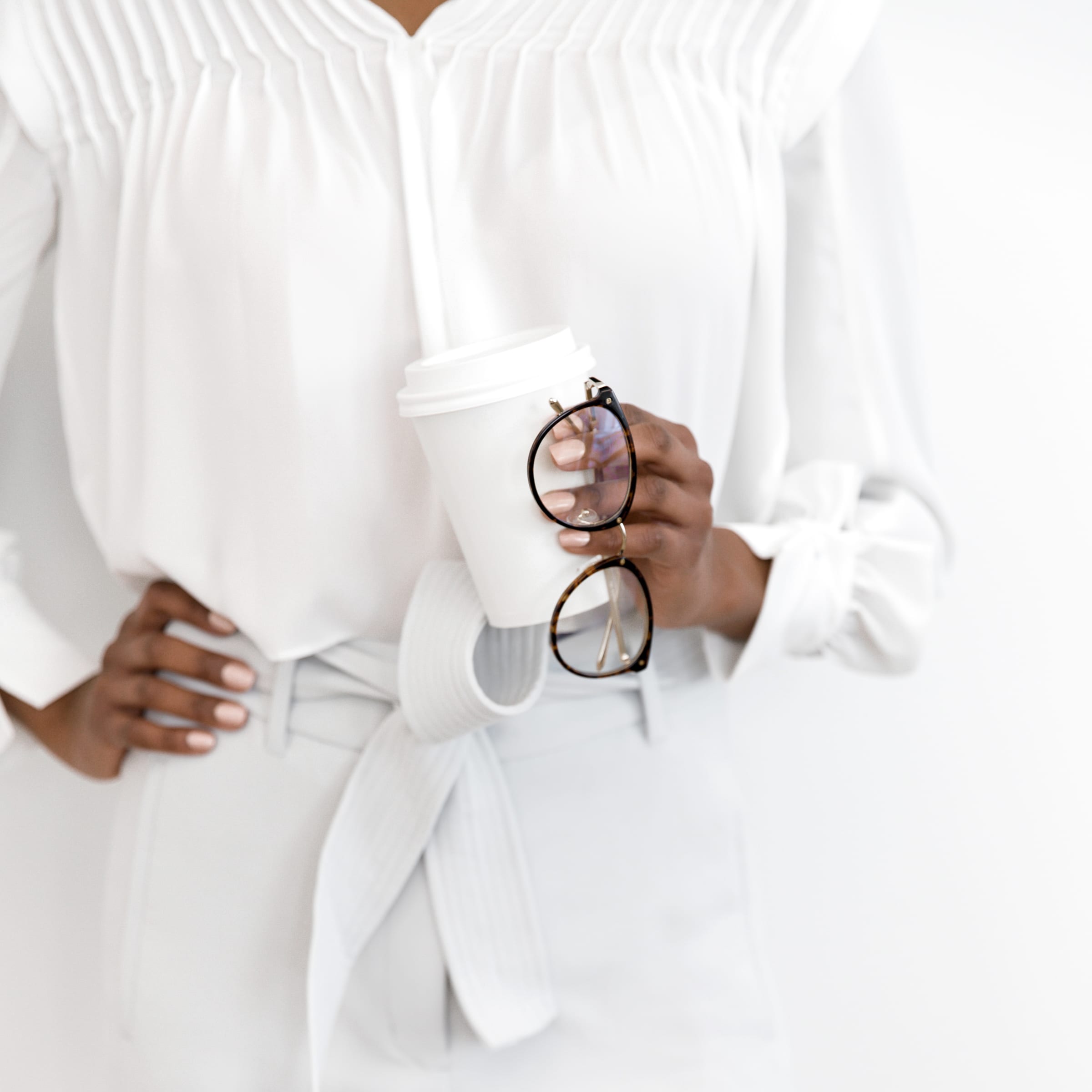 For those of you who don’t know Gwen Lane, she’s a former influencer who was originally from Los Angeles. Her claim to fame is having less than 100k followers, and creating a full time career blogging. I honestly didn’t know who she was until I saw her ads. Her website was convincing, and I visited her Instagram only to find out less than what her site said lol.

I seriously couldn’t find strong branding or any consistent themes at first glance, so I considered her as a retired influencer. That’s cool, because it means she paid her dues, and doesn’t have to stick to a formula as us regular dickheads have to do when we’re starting out lol. Get it girl.

This is not a full review, because I didn’t finish the course. I did about 90% of it and had to call it quits. I finished every video except for like 2 of them. It was allegedly over $8,000 worth of content taught that was very useful for beginners who didn’t already have their shit on lock– which is fine.

Her monthly subscription of $45 a month gives you access to her Facebook group full of fascist bandits and team of 10,000 moderators who tell you what you can’t do lol. (Just let people post and let them know later if they crossed the line.) But it’s her group and she can do whatever she wants.

The point of her course is to teach you how to monetize your blog and instagram by explaining the basic principles of partnerships. But it doesn’t even really touch on contracts or negotiations. Just how to plan and be consistent with content. That’s not a bad deal considering Instagram has the worst ROI haha and you should mainly be focusing on quality content anyway.

I didn’t learn much, but tried to absorb as much of her ideas possible, because there is always something to learn. What I did pick up were specifics on how each social platform worked and for what kind of content. That was pretty awesome as I’ve never seen a breakdown infographic with that kind of detailed spin on each social medium. This alone is a good reason to sign up for her course.

But then again that kind of value can also be found on the deep web….because I did find it later on the internet. Everything she teaches is basically taught on the web. It’s very beginner and gets you started on influencing. if you have been living in a cave for the past 20 years. I teach more for free on my blog. 🙂

Also, I found another version of some of the best times to post. Every time I google this, or look at one of these it’s fucking different. So I don’t know what actually works and just follow what Planoly says because they have that exact data on posts that do the best at certain times.

The reason I quit the course:

If you say you’re making over 6 figures HIRE A FUCKING VIDEO EDITOR.

Gwen Lane is downright adorable. I skimmed her IG, I saw her website but she does not film well. I’m not calling her ugly as I just called her incredibly cute. But her quality of video made me uncomfortable.

She’s not an ugly person at all. Let me make that clear. She’s super cute, very lovely, but I think it was her video recording skills. Not sure if she had a person with her helping record, but her posture was so that I could see the bottom caps of her teeth, up her nose, and down her throat. These are not things we should see from someone we look up to. Literally.

I mean this in the friendliest sense to someone who can afford a $65 video image touch-er up-er from Fiverr: HIRE A VIDEO EDITOR. Someone who can fix the video to the point that I can’t see where your makeup ends. Or simply hire a makeup artist. That’s what won John F. Kennedy his debate against Nixon on TV. Nixon allegedly looked like a monster on camera which swayed the American vote. It’s not that hard or expensive when you’re creating a project that should be professional, and in the hands of consumers forever. And not to mention: out on the internet.

Unless you’re Maria Callas, Whitney Houston, or Miley Cyrus aka someone with an extremely powerful singing voice, you should never raise your chin when expressing something into a camera. However, if you’re an influencer and want to sell as much as possible, be as professionally presentable by doing the Princess Diana.

The Princess Diana is when you have your chin down and eyes are open and bright. It might feel weird and takes practice, but works and makes your images and video 89% more gorgeous + easier to sell.

I hate criticizing a person for their looks. That’s not what this is. This is presentation. My husband and I talk about this all the time, because he was in the British military where he was taught to have an officer’s posture with a chin level to the ground, and basically went to finishing school. Meanwhile, I received a ton of plaques and trophies for public speaking that are still up on my parents’ awards wall til this day. Speaking is universal and I’ve done it in multiple languages in different nations.

When you do the Hillary Clinton and raise your chin when you present, the worst angles of your face show, along with a harsh shadow and lines. It makes a huge difference and it didn’t bother me that the microphone was a bit distorted when Gwen Lane was almost screaming into the camera. You don’t need to raise your voice on camera, because people can simply turn the volume up. But if you have a ton of passion, I understand.

I had to stop watching her videos because it ate me alive to watch her speak. It doesn’t matter the value you’re contributing and could have given me the key to $1 million in a day. I still wouldn’t have listened because the way the course was packaged. I wish her the best, hoping this helps everyone who signed up. But the recorded videos that weren’t Zoom calls were so hard to watch for me as I am a presentation snob. I myself am not perfect. But this was painful to continue watching so I stopped as it was my choice.

If you’re a presenter on video I should never see:

Skincare doesn’t mean you’re trying to get pretty with makeup. You can get melanoma and die. Skincare is healthcare and not to be fucked with. You can have preventative skincare where you don’t look like you’ve been working a thousand years in one night. If you’re an influencer take care of your face, because it’s your money maker. I don’t fuck around when it comes to skincare.

Also, a lot of teeth issues, when not taken care of, lead to a fuckload of heart issues.

They say people who are better looking are more successful. I myself am funny looking as fuck and have no choice but to own it. I look really unique, have mixed girl syndrome, and belong on the island where Keanu Reeves and Tiger Woods play volleyball all day. This means I have to work triple time to have people get used to my looks and deliver higher quality production.

If I had a multi 6 figures to put into video production on a course that was supposed to be sold to millions and last forever to help them, I would invest in a fabulous video editor who would make me look like Salma Hayek. Not only that, I’d get a facial a week before, hire a makeup artist, hair stylist, get a good gaffer, visit the dentist for a whitening, or get lip filler to cover up my crooked teeth–which I’m currently looking into Invisalign to fix long term. Just a heads up so you know what to expect from me in the future, because my audience is more than worth it, and is full of future stars.

Have you ever had a quit a course for a weird reason? I’d love to know your feedback in the comments section below.

I’m Gia G. Dixon, an ILM certified etiquette consultant based in Los Angeles. Here is my guide to feminine style, wellness, and things that make your daily life glamorous.

Find me on: Web

You may also enjoy: